The 2022 Class of Leadership Bend kicked off the year with a two-day retreat at the Mount Bachelor Village Resort. With masks and social distancing in place, the group participated in a variety of presentations and activities designed to connect the class to each other, to the purpose of the Leadership Bend program and to set the tone for a successful nine months of learning.

Now in its 29th year of existence, Leadership Bend seeks to identify, educate, connect and engage our community’s future decision makers. Providing a comprehensive look at our region through a variety of lenses, and introducing cohort members to leaders at all levels of our community, Leadership Bend equips individuals with the resources they need to become effective and well-rounded leaders able to see a variety of perspectives.

Each month, a member of this year’s cohort will provide a look inside the program, and recent learnings. This month’s insight comes from Ryan Schomburg, Marketing Director for Guiding Vision, and a local organizer for the ManKind Project. 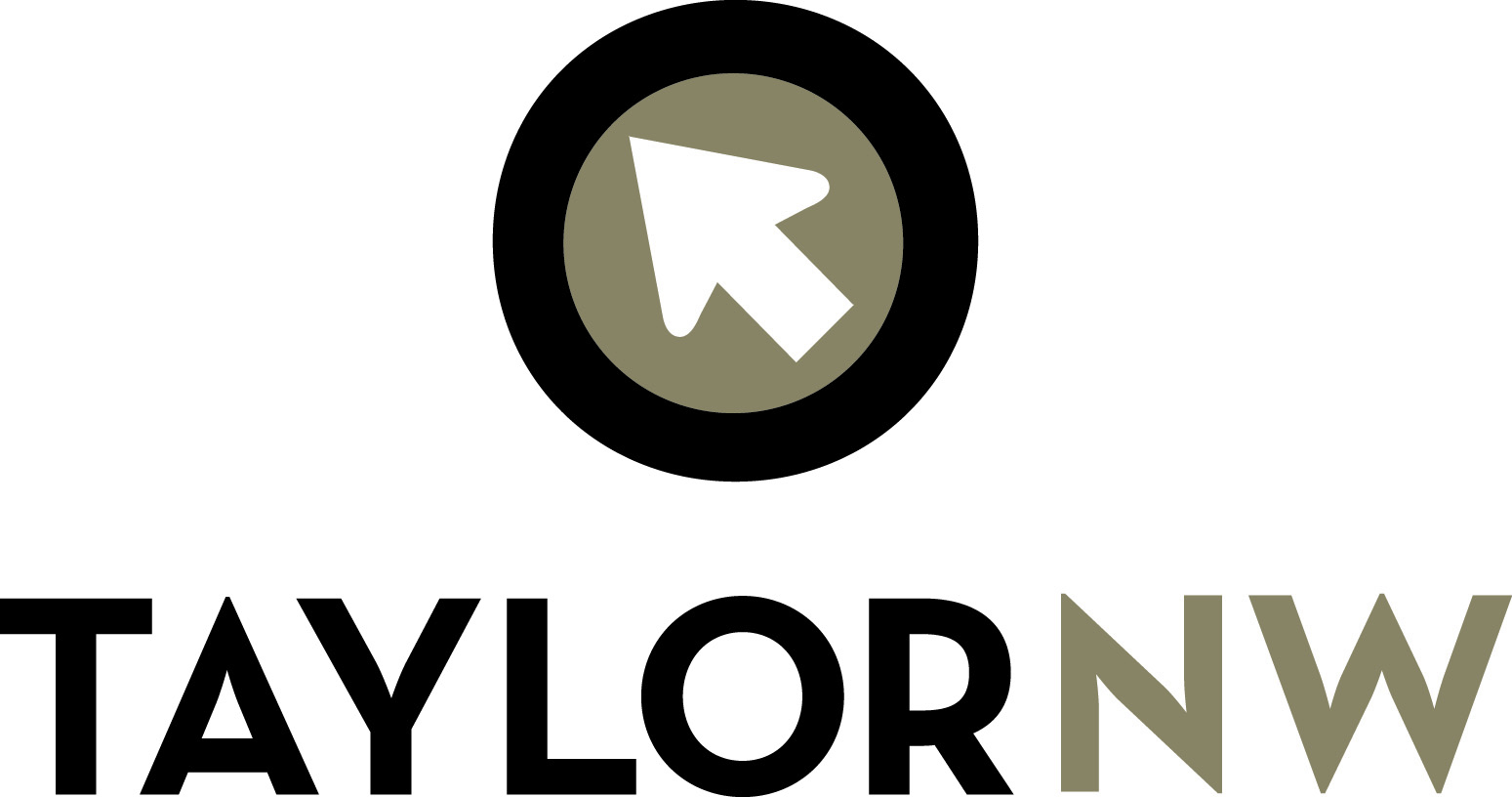 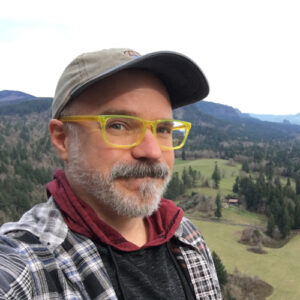 Although our Leadership Bend cohort will learn a lot about Bend in this course, the initial two-day retreat was about us. We got to learn a lot about each other through networking, chatting, collaborating and brainstorming together. And we learned a lot about ourselves through the presentations by the speakers, and the thought experiments they led us through. Three of the big things I learned about myself are as follows:

I found that I learn best when a concept is presented poetically.

There were two great instances of this kind of teaching: the first by Miguel Herrada, the Health, Equity and Diversity Strategist for PacificSource, and his presentation Recognizing the Diversity Among Us, and the second by Cindy Levine, Leadership Coach, and her presentation Leading in Uncertain Times.

Miguel used Bach’s Air on the G String to show how differently we perceive information when presented as pattern or as a human experience. We first heard this song with a static image, then again as visual representations of the notes, and a third time being played on stage by members of an orchestra with live instruments. There was a clear difference in how we as an audience connected to the piece in each of the presentations. First as a baseline read, second as a clinical delving into the patterns present, and third as an experience of human connection and creativity.

Those three examples of interaction with information led me to think differently about how data can be
explored. It’s not enough to merely collect and analyze data; it is most effective to relate it back to the
human experience. And: I don’t think I would have reacted as emotionally to the third playing if I didn’t
understand the patterns at work, and how the different paths of the instruments affected the harmony,
pacing, and swells of the music.

So: Important to understand the patterns in data, yes, and also to reconnect them to the human element.

Yet another excellent use of metaphor was from Cindy when we completed our Marshmallow Challenge: to build a tower using only uncooked spaghetti, tape, and string. And that brings me to my second greatest takeaway:

“Leave your ego at the door”

I work better as a teammate and have less stress when I stop comparing myself to
others.

First the metaphor: many of our triads’ towers did not survive the placement of the marshmallow on top.

Cindy Levine asked us at the end: “What did you think about the marshmallow during your process?” For many of us, we didn’t really start thinking about it until the countdown of time running out. Then we
placed the much-heavier-than-anticipated marshmallow atop the much-less-stable-than-anticipated
structure. With majoritively disastrous results.

Cindy revealed the marshmallow as “The Big Assumption.” Oh, marshmallows are light and fluffy, we don’t need to test its weight. And that assumption brought most of the projects crashing down. So a lesson here is: Don’t assume data, especially if it’s vitally important to the project.

But the personal lesson I’m taking away from this process is about self worth.

As a team, we each put in the work to apply tape, loop string and hold the spaghetti together. And we also settled into roles pretty quickly: Meli Wellington was the bold innovator (though some ideas didn’t work right away, we learned and improved from the experience), Michelle Abbey was the safety coordinator (ensuring that each step in the build was solid and well-connected), and I was the engineer and cheerleader (I set up the basic blueprint and kept morale up through setbacks, and gave kudos when things went great. Happily there was much more of the latter).

And though we were making what turned out to be the most stable of the structures in the long run, I
looked around at our “competition” and felt anxious that we weren’t anywhere close to the others’
heights. I imagined how heartbroken I would be if our tower fell or didn’t win. Surely our plan was the
best — look how stable it was! But I stewed in envy at the larger towers around me.

I had to back up and notice my emotions, and then remember the advice Talena Barker, Vice President of Bend Chamber of Commerce, had given us early on in Leadership Bend: “Leave your ego at the door.”

When I breathed that in, I realized I had been putting a lot of my self worth onto this project. And I didn’t need to: our team was doing our best, and the tower held. Even if it hadn’t — we conducted ourselves gracefully and supportively. I’m grateful that I remembered not to take things personally. And I’m grateful that I had a chance to live in my mission. Or should I say missions. This leads me to my third
takeaway:

I can find synthesis in having more than one mission statement.

When Dave Salciccioli of Liminal asked us if any of us had written a “Why Statement” before, I really
regret not raising my hand to talk about my mission through the ManKind Project. One of the (many)
powerful moments during my New Warrior Training Adventure was the creation of a mission statement,
and mine is, “I co-create a world of harmony and confidence by acknowledging the greatness in myself, and by cultivating the greatness in others.” (The quick version of the process to draw out this mission statement was to identify what had been lacking in my early life, and what I could do to provide that to myself and others.)

During Dave’s presentation Connection to Why, Self and Team, we took a different route to the statement, but still by first visiting the past and gathering three experiences, stories, or moments that were impactful for us. One of mine was regarding my second high school German teacher, Dennis Klösel. He taught German II, III, and IV entirely in German.

Imagine that first day back after a summer break and forgetting most of German I to have a teacher
begin class without a single word of English. And yet it was his patience and willingness to meet each
student on their level of communication that made learning with him so fun and engaging. He was the
smartest, most charming and funny person I had known at that point in my life, and was a tremendous
role model. He spoke six languages!

(A side note: On one of my last days in high school, I finally heard him speak English to another faculty member. He had a thick Louisiana accent. I was floored. All this time, I had been learning German with a Louisiana accent. Tja!)

Dave Salciccioli guided us to take the meanings from these three gathered experiences to identify
themes. We then used those themes to populate the formula for the “Why”: “To [unique contribution] so that [impact].” For me it was:

To meet people at their level and then help them to raise it on their terms, so that the community can prosper harmoniously.

It rings very true for me. And it synthesizes well with my previous mission. This new one, however,
seems much more specific as a way of acting. And I’m excited to implement it in whatever way I can
during my time in Leadership Bend.

Ryan Schomburg is Director of Marketing for Guiding Vision, and is the Community Coordinator for ManKind Project Central Oregon.