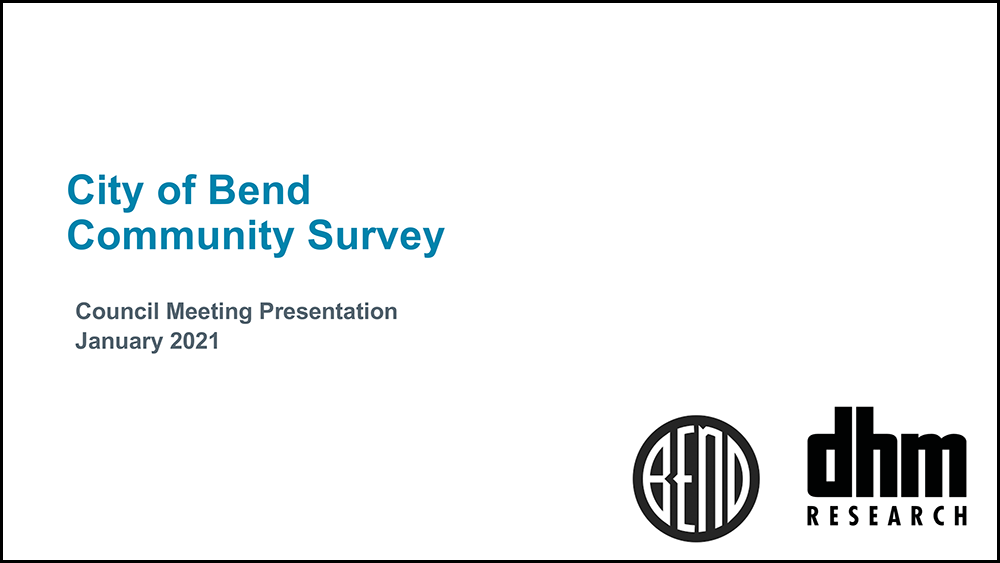 Affordable housing and traffic congestion are the community’s most important issues that they want local government to address, according to respondents in a survey conducted in December, 2020. Learn More about the City of Bend Survey Result Presentation

Affordable housing and traffic congestion are the community’s most important issues that they want local government to address, according to respondents in a survey conducted in December, 2020. The City of Bend regularly conducts community satisfaction surveys seeking the community’s perspective on City services and priorities for City funding.

The most recent survey found that people in Bend appreciate living in Bend and are satisfied with the City’s services. More than eight in in ten respondents say that Bend is an excellent (36 percent) or good (52 percent) place to live. Over six in ten respondents rate the City of Bend’s performance as an A (14 percent) or B (51 percent). Strong majorities are satisfied with the City’s drinking water service (84 percent), police and fire services (81 percent), and sewer service (75 percent).