Housing Unaffordability in Bend Affects Us All

Housing Unaffordability in Bend Affects Us All 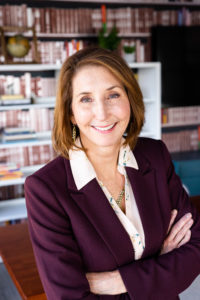 Bend’s popularity has brought its consequences, including the affordability of living here. Over the past year, the median cost of a home has risen to about $525,000 -with some months surpassing $600,000. This has changed the landscape of home ownership, and who lives and works here.

I asked Central Oregon economist, Damon Runberg to do the math on what it takes to be a homeowner in Bend. He used a three percent fixed mortgage rate, estimated taxes and insurance, then walked me through differing scenarios based on the ability of the prospective home buyer to provide a down payment and their household income.

Runberg shared that the ability to afford monthly mortgages isn’t necessarily the problem. “The rule of thumb is the more money that can be invested as a down payment, the lower the monthly mortgage obligation,” he said.

Runberg says “the good news is the income requirements to buy the median house with 20 percent down aligns with Bend’s current median household income”.  He notes that “the problem is that very few median households have $105,000 for a down payment sitting around in the bank”. And worse, if someone earning median wage has managed to save enough for even 10 percent down they can’t afford the monthly mortgage payment.

And many who work in Bend don’t come close to earning the median income, making home ownership out of reach. Even rental prices are making living in Bend less attainable. Median rental price is more than $1,600. It takes an annual income of $50,000 and spending 40 percent of your household income to rent.

According to LendingTree’s ranking of the 50 most expensive towns in America, Hood River tops Oregon’s expensive housing list, but Bend’s increasing unaffordability is following close behind. The study found that smaller cities like Bend are experiencing a mismatch of median home prices and median incomes. It makes the attraction of smaller city living only accessible to those who can afford it. Unless those in the median income bracket bought before the city grew in popularity it is less likely they will get the chance to do so in the future.

As with other “discovered” small cities, Bend is suffering the consequences of its own popularity. The implications to our community and our economy are significant. A good example of this is workforce shortages which we’ve seen become exacerbated during the pandemic. Tourism, hospitality and service industries are already suffering from lack of labor, and the unaffordability of housing is driving more employees out of Bend, or out of the Central Oregon completely. This has particular impact on employer’s ability to operate in a high-tourism, seasonal market.

In fact, housing has become one of the top issues impacting Bend’s ability to recruit talent. Many businesses are moving toward remote models and are hiring their workforce in other cities where the cost of housing is cheaper.

Those who can’t afford to live here but still rely on a job in Bend are often travelling from places in the region where they can afford housing. This causes traffic issues and raises transportation costs for us all, but mostly for those making the commute -who are often lower-wage earners. When home and work are located far apart it disrupts other areas of people’s lives, including scheduling childcare and school around more time on the road.

There are more endemic changes to the community as well. When housing costs are out of reach for a significant segment of the population it decreases diversity. This can impact the richness of our culture, commercial diversity and where public infrastructure and service investments are made.

Solving the loss of median income homeowners will take a multi-pronged approach. We need a concerted, sustained effort to increase mixed housing stock and incentivize workforce housing construction. There are new funding methods in the private and nonprofit sectors to assist people in finding that important 20 percent down payment through equity sharing models. City zoning policies are making it more feasible to build workforce housing. All this, and more, will be needed if Bend can be a place where we can all find a home.

This article originally appeared in The Bulletin on May 16, 2021.