All Central Oregon counties have fully recovered from job losses in 2020, and are in expansionary growth passing their pre-pandemic peaks. Over the 12-month span ending in August, Deschutes’ and Jefferson’s nonfarm payroll employment grew by 1.2% (1,040 jobs) and 4.0% (260), respectively. Both rates are healthy, but slower than Oregon’s job growth rate of 4.5%. Crook’s employment continues to grow quickly, adding 470 jobs over the same period, a rate of 6.6%, the fastest rate for a county in Oregon.

The seasonally adjusted unemployment rate in Oregon ticked up a touch in August, though still remains very low at 3.7%. Oregon’s unemployment has remained below 4.0% for the past six months, nearly reaching Oregon’s record low of 3.4%, which occurred in November 2019 through February 2020. The three Central Oregon county’s unemployment rates remained essentially unchanged. Crook’s unemployment rate remains low at 4.9% (its lowest monthly rate ever is 4.7%), Deschutes’ at 3.6% (3.3%) and Jefferson’s at 4.8% (4.4%).

Topic of the Month: Work From Home

Pre-pandemic, workers in the Bend-Prineville Combined Statistical Area (Deschutes and Crook counties) were more likely to WFH than statewide workers, with 11% choosing to do so. That figure nearly doubled in 2021 with 20% of central Oregonians working from home.

Workers in North Central Oregon (Crook, Gilliam, Grant, Hood River, Jefferson, Morrow, Sherman, Wasco, and Wheeler counties) who WFH were similar to other workers across Oregon in 2019 at 6% but lagged comparatively in 2021. However, the share still doubled to 13%. 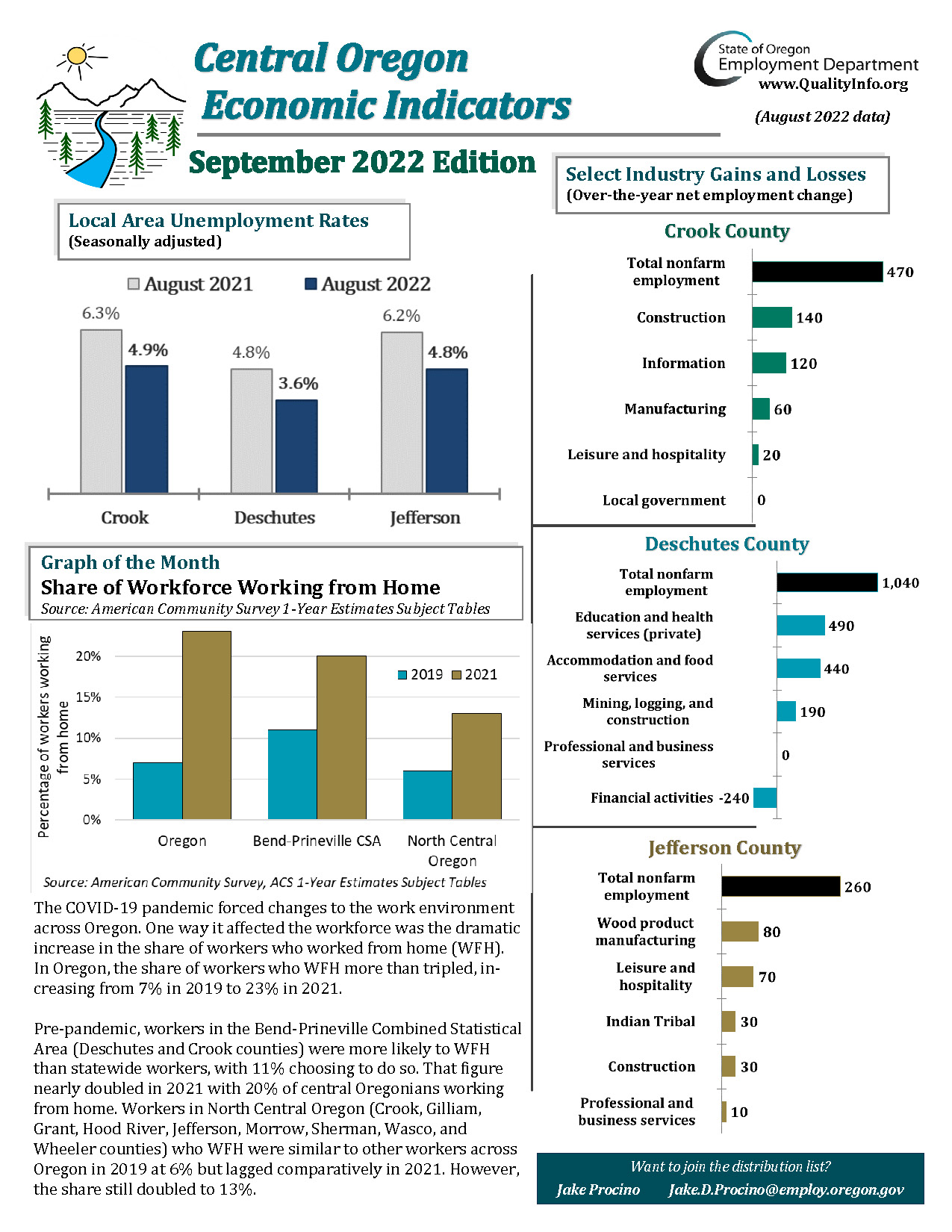