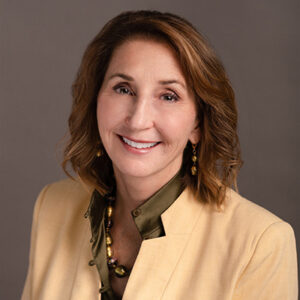 This article originally appeared in The Bulletin on November 10, 2022.

It’s exciting to talk about how Bend’s Central District will be transformed in the coming years. This is arguably the largest urban redevelopment Bend has undertaken. And although this type of transformation takes time, when you’re a business owner in the district there are unknowns and a lot of wait-time before notable development and change happens.

The city of Bend will invest in land, infrastructure and assets that will make the Central District bloom and draw private investment. The first investment begins with the Core Area that roughly includes from the parkway to Third street east and west, and between Greenwood and Franklin north to south.

There are plans to improve the Franklin and Greenwood under crossings and build a new multi-modal bridge over the parkway to re-connect east and west Bend both visually and practically for pedestrians and other non-vehicular modes. New buildings will include housing, retail, commercial and a myriad of other uses that will be serviced by a walkable, transit-served connections.

As the city plans for these changes there are things that can be done in the interim to help the transformation. Funds from Tax Increment Financing (TIF) for the district to help revitalize it and put in improvements to make the district welcoming as it transforms.

The city can create other opportunities for new and existing small businesses within an urban renewal district, including pop-up models that are low-cost, temporary structures. From there those pop-ups to transform to brick-and-mortar locations as the district develops. Other methods of early transformation can include developing façade improvement programs.

Partnering with the Central District Business Association is also a direct line to ensuring businesses survive the transition. The association has more than 85 members, a business-centric board of directors, and a will to see new housing and mixed-use development in the district. The board has helped facilitate recent projects sprouting up, including the Campfire Hotel, the new Stemach Designed DVA headquarters building, and the new Open Space Studio Event Space.

And this is just the beginning. A new event and dining space called the Catalyst is being planned to make the area attract more foot traffic. The city also plans to make investments in sidewalks, parkway crossings, roads, buildings, public spaces and housing. The cumulative effect will help businesses and companies already in the district to weather the impacts of time, construction, and change.

As they wait for all this good stuff, businesses can make small but cumulative improvements in the district to make a curated and vital place well before larger development happens. Their efforts make energy the placeholder for infrastructure. Put simply, it means that transformation of an area often begins with the businesses within it.

“Urban renewal is top down, with big infrastructure projects driving it. Our approach with small businesses in urban renewal areas is bottom up,” says Seanette Corkill owner of Frontdoor Back, a consulting firm that provides advise on external aesthetics, customer experience and space planning for retailers.

She and her partner help businesses make small changes where they can as the first step in building their foot traffic and visibility as the area develops and evolves around them. Emphasis is placed on small changes and investments that will provide returns today and into the future.

Corkill will be a part of the Bend Chamber’s upcoming Impact Summit, in part focusing on retail and hospitality businesses in Bend. She will also consult with several business owners in the central and downtown districts as pilot projects of what can be done today to increase visibility and spur redevelopment.

Corkill says changes can be small but impactful to create an emotion and include textures, sounds, sense, anything that engages the customer and make them slow down to take a closer look — even in an area in transition. This is where vitality begins long before the first spade of redevelopment is turned.

“Anyone who opens a retail store is made of resilient cloth,” she says.

This trait is also a main ingredient for surviving and thriving through an urban renewal effort.

The bellwether on how all these efforts are working is an increase in foot traffic. As more smaller improvements happen in the district, the more energy is built up as we all wait for this important new area of town to be home, work and a place that thrives with activity.