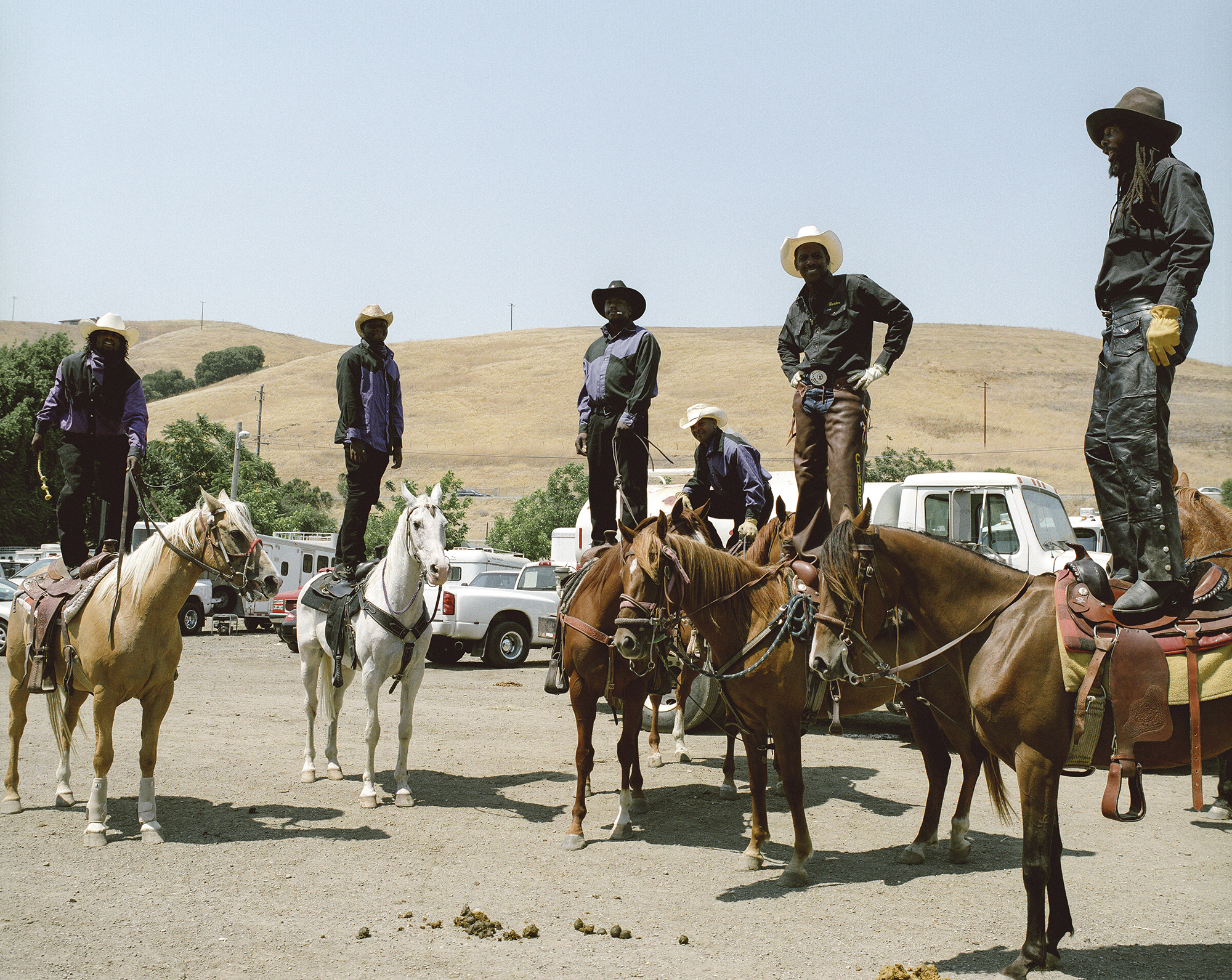 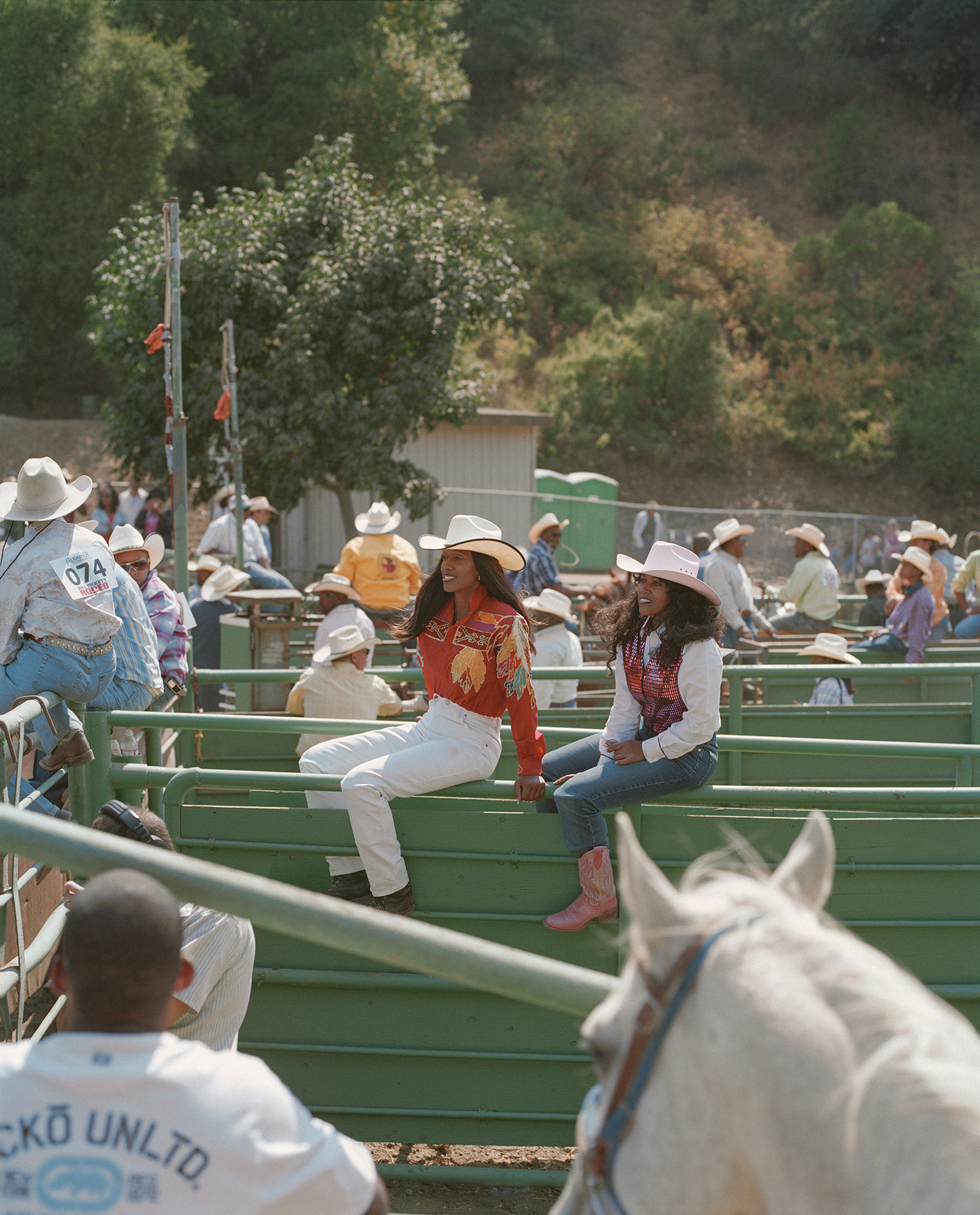 Black cowboys have long been an integral part of the American West. Thousands of Black cowboys, for instance, rode in the Western cattle drives of the 1860s. Their stories are largely untold in popular narratives, but modern-day Black rodeos keep their traditions alive. A new, original High Desert Museum exhibit celebrates this thriving culture.

In the Arena: Photographs from America’s Only Touring Black Rodeo opens at the Museum on Saturday, November 19, 2022. Through the lens of San Francisco Bay Area photographer Gabriela Hasbun, this exhibit documents the exhilarating atmosphere of the Bill Pickett Invitational Rodeo—the only touring Black rodeo in the country—and the showstopping style and skill of the Black cowboys and cowgirls who compete in it year after year.

“We are proud to bring the Bill Pickett Invitational Rodeo culture to the gallery walls of the High Desert Museum,” said Museum Executive Director Dana Whitelaw, Ph.D. “Hasbun’s vibrant images reveal the rich heritage and pride of Black cowboys and cowgirls, who are not often represented in popular culture.”

One of the most enduring symbols of the American West, the cowboy evokes self-reliance, strength and determination—qualities found at the Black rodeos held each year across the United States. Historians estimate that in the latter half of the 19th century, one in four cowboys were Black. They often faced discrimination when passing through towns, barred from restaurants and hotels. But their skills were in high demand.

At the start of the 20th century, opportunities for working cowboys dried up. The existence and popularity of Wild West shows and rodeos grew thanks to the American fascination with cowboy culture. Black cowboys were once again excluded from these events, being made to wait until after the crowd went home to display their roping and riding skills.

The Bill Pickett Invitational Rodeo was founded in 1984 by media impresario and creative spirit Lu Vason (1939-2015). He decided to do so after attending the famous Cheyenne Frontier Days rodeo in Wyoming and noticing that none of the riders were Black. For 38 years, the Rodeo has been a highly anticipated event celebrating the skills and talents of Black rodeo stars and their contributions to the West. The Rodeo tours all over the United States from California to Georgia, bringing together families to embrace cowboy culture.

In the Arena photographer Hasbun grew up in El Salvador during its civil war in the 1980s. Inspired by her upbringing during a brutal time, her work focuses on the humanity that thrives in unexplored communities and the power of storytelling. Her images have appeared in publications ranging from The New York Times to Rolling Stone to Sunset.

Hasbun’s images from the Bill Pickett Invitational Rodeo capture competitors in the arena and behind the scenes, as well as candid shots of the people in the stands. The imagery reveals the generational shifts of the events as young competitors bring with them new perspectives and fashion, including Gucci sunglasses and Louis Vuitton saddles. As the classic and contemporary merge, new generations of kids from urban areas are inspired to ride.

“I hope to share images that tell stories truthfully and honestly, without embellishments,” Hasbun said in an interview with Snapixel Magazine posted on her website. “I love photographing people as they are, doing what they love, showing who they are through my perspective.”

Hasbun published the photographs from the Rodeo this year in The New Black West: Photographs from America’s Only Touring Black Rodeo (Chronicle Books). Explore her work at gabrielahasbun.com.

In the Arena: Photographs from America’s Only Touring Black Rodeo (highdesertmuseum.org/in-the-arena) will be on display through June 25, 2023. The exhibit is possible with support from the James F. and Marion L. Miller Foundation.

THE HIGH DESERT MUSEUM opened in Bend, Oregon in 1982. It brings together wildlife, cultures, art, history and the natural world to convey the wonder of North America’s High Desert. The Museum is a 501(c)3 nonprofit organization accredited by the American Alliance of Museums, is a Smithsonian Affiliate, was the 2019 recipient of  the Western Museums Association’s Charles Redd Award for Exhibition Excellence and was a 2021 recipient of the National Medal for Museum and Library Service. To learn more, visit highdesertmuseum.org and follow us on Facebook, Instagram and Twitter.