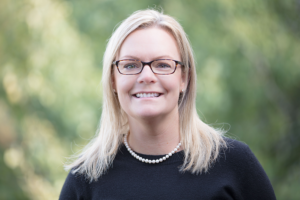 After 12 years in elected office, Tammy Baney is the newly appointed Executive Director of the Central Oregon Intergovernmental Council; the region’s Council of Governments. She spent many years in the hospitality and real estate industries prior to her time on the Deschutes County Board of Commissioners. During her time in elected office, Ms. Baney emerged as a leading voice on healthcare reform and overall health system improvement. Her leadership has been recognized by organizations throughout Oregon and nationally. The Oregon Business Association recognized her as an Oregon Statesman of the Year for her work in this area.

Ms. Baney currently serves as the chair of the Oregon Transportation Commission, which oversees the Department of Transportation in Oregon and establishes state transportation policy for Oregon’s cities and counties. She was appointed to the Commission by former Gov. John Kitzhaber in 2011. She also served two terms on the Oregon Housing Stability Council, which directs the state’s affordable-housing agency. She was appointed to the Council by former Gov. Ted Kulongoski in 2010, and appointed Chair in 2017 by Governor Kate Brown. Ms. Baney has a keen eye for systems improvement and is an effective leader who promotes transparency and accountability in government decision making.

Ms. Baney has put her passion for healthy communities and families into practice by leading the Central Oregon Health Council, which governs the region’s Coordinated Care Organization and works to improve the health outcomes of residents across Crook, Deschutes and Jefferson counties. In 2013 she was selected by the Oregon State Legislature to chair a committee to work closely with state and local agencies to modernize Oregon’s public health system. The committee’s report is now the foundation for Oregon’s public health system reform efforts.

Ms. Baney serves on the board of directors for both the Bethlehem Inn and Oregon Habitat for Humanity. She is a founding member of the Family Access Network Foundation and also serves on both the KIDS Center Advisory Board and Central Oregon Film Office Board.

A dedicated community member, Ms. Baney has volunteered with many community and non-profit organizations.  She has served as a Court Appointed Special Advocate (CASA); Foster Parent; Bend Area Habitat for Humanity Board Member; and Co-Founder of the Deschutes County Meth Action Coalition.

She has also served the following organizations;

Ms. Baney is grateful to have received the following awards:

Ms. Baney enjoys spending time with her daughter Addy and 3 grown foster daughters. In her free time, you will find her taking in the many natural wonders around Central Oregon; in addition to being a fierce competitor in the annual La Pine Frontier Days Lawn Mower Races.