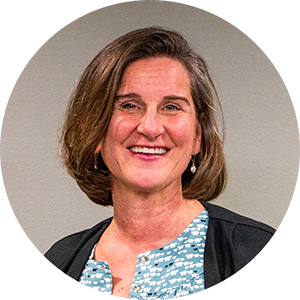 Sally Russell has served on the Council since November of 2012 and in January of 2019 was elected and seated on the City Council as Bend’s first Mayor since 1923. Prior to serving on Council, Sally was on the Bend Planning Commission (1990-1998), which she chaired for 2 years.

Sally graduated undergrad with a BA in German Civilization from Smith College and then went on to get an MBA Marketing degree from Portland State University. Employment history includes; Director of Marketing at Broken Top Limited Partnership and Executive Director at Cascade Festival of Music. Her passions include mountain biking, Nordic skiing, running an organic CSA garden and enjoying life with her two daughters; Sophie & Isabelle.

Sally’s leadership and support in the community has resulted in many volunteer positions & participation;