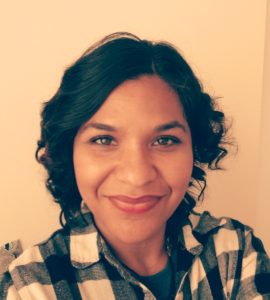 I am a community organizer, activist and advocate. 2019 was a very busy year. As part of my unpaid community work I had 5 letters to the editor published. The topics all push Central Oregon to reflect and reevaluate our values. I brought into our collective awareness the bias women of color face when engage in feminist circles, the importance of driver licenses for all as well as the perpetuation of white male dominance by Mayor Russell choices. I am most proud of my latest editorial guest opinion that dismantle Gerry O’Brien editorial on the city of Bend’s transportation survey. Besides writing, I was one of the leaders for the Central Oregon Women’s March in 2019 where we first started getting our toes into the realm of allyship. I led the International Workers day rally in Redmond where we had a mix of union groups, immigrant rights advocates and allies. In July I led the lights for liberty vigil where we started a letter righting campaign to Greg Walden asking him to stop supporting ICE. I also led a letter writing campaign in support of HB2015 and I believe my efforts where instrumental in having Republican Helt vote yes on the driver licenses bill. I’m part of the Welcoming Week committee in Bend where I led 4 events during that week to create inclusive spaces. I am a facilitator of equity and inclusion and I participated in the race equity town-hall and the youth equity and leadership summit. In the month of November I was one of few community members that reach out to the city of bend because of their poor choice on a marketing strategy that naively center white people. I’m currently leading the 2020 Central Oregon Womxn’s March to take place in Redmond Or. tomorrow. We centered the needs, priorities and values of Black, indigenous, Latinx, immigrant, non Christian, Queer and Disable Women as we work to liberate ALL.