Congratulations and Thank You to Tim Rusk

Congratulations and Thank You to Tim Rusk 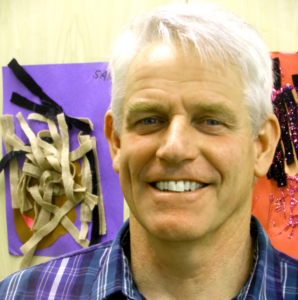 Tim Rusk will move on from his role as the executive director of MountainStar Family Relief Nursery at the end of August. After over 19 years leading the work of partnering with families to prevent child abuse and neglect throughout Central Oregon, he is semi-retiring and will become a nonprofit consultant with Rusk Consulting. MountainStar started from a single facility in Bend that served 34 children per year. Under Rusk’s leadership as the founding executive director, the organization grew to serve over 300 children and their families annually, and now has sites in Bend, Madras, Prineville, and Redmond, as well as providing home visiting services in La Pine.

Rusk is known for his genuine care for all children, deep empathy for families facing struggles, and ethical nonprofit leadership. He has provided leadership in multiple arenas including locally with the Early Learning Hub of Central Oregon and at the state level on various committees. He is looking forward to the next season of his life and to working with the amazing nonprofits in Bend and around our region. MountainStar’s board of directors has chosen Kara Tachikawa, currently program director, to be the organization’s next executive director. For more about this MountainStar, to donate, or learn how you can be involved in helping prevent child abuse and neglect, visit mtstar.org or call 541-322-6820.