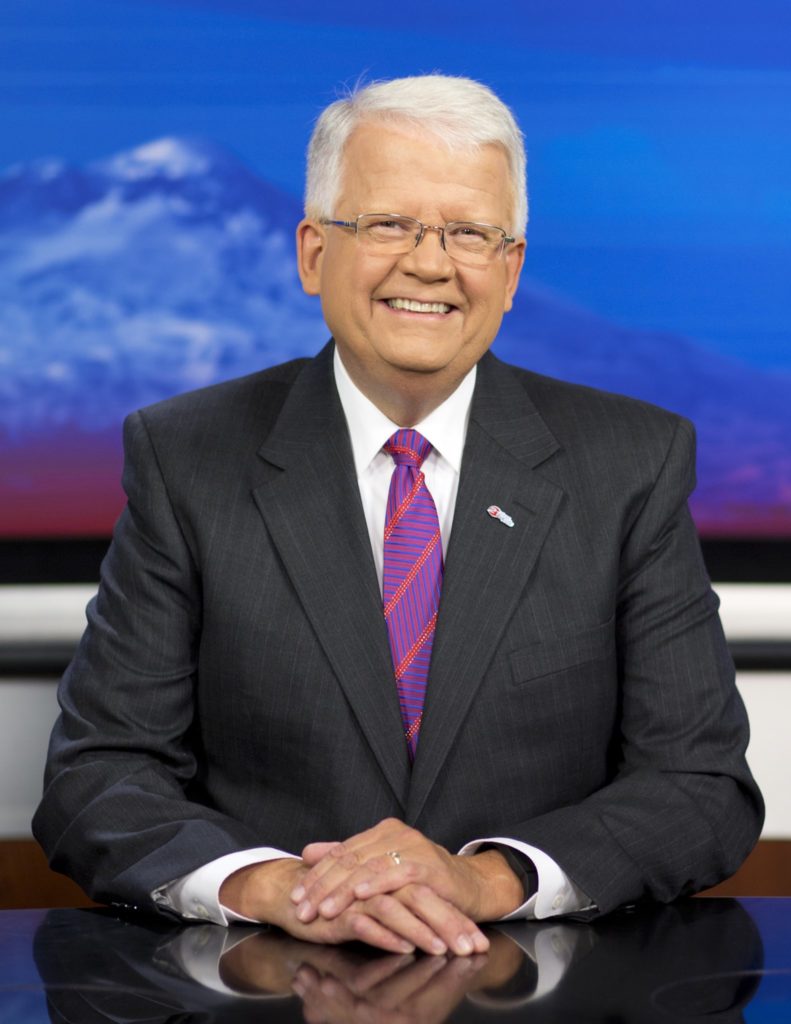 Bob was born in Anchorage, Alaska (when it was a territory, before becoming a state) and grew up in Newfane, a small farm community in western New York. After graduating from high school he spent four years in the U.S. Navy (Vietnam era) serving in Sicily and aboard the USS Coral Sea. After his discharge from the service, Bob settled on the West Coast where he met his wife, Cheryl. Bob and Cheryl married while they were working with a college ministry in California and it was then that they began their family. They moved to Bend in 1983 with three little girls and added a fourth several years later. During most of the years since that move, Bob has worked in Bend’s business community, primarily in the recreational vehicle and related industries. Through an interesting series of events, he found himself returning to college and launching a new career in television. Currently serving as Meteorologist for KTVZ News At Sunrise and as Community Affairs Director for KTVZ, Bob recently completed his degree work at Mississippi State University and received professional certification as a Meteorologist. God and family remain top priorities in Bob’s life, followed very closely by his service to our community via KTVZ/KFXO on-air broadcasts and its involvement in many community service endeavors in the arts and education. You can reach Bob at bshaw@ktvz.com.

This entry was written by Stephanie Shaver, posted on September 27, 2017 at 12:24 pm, filed under Community.