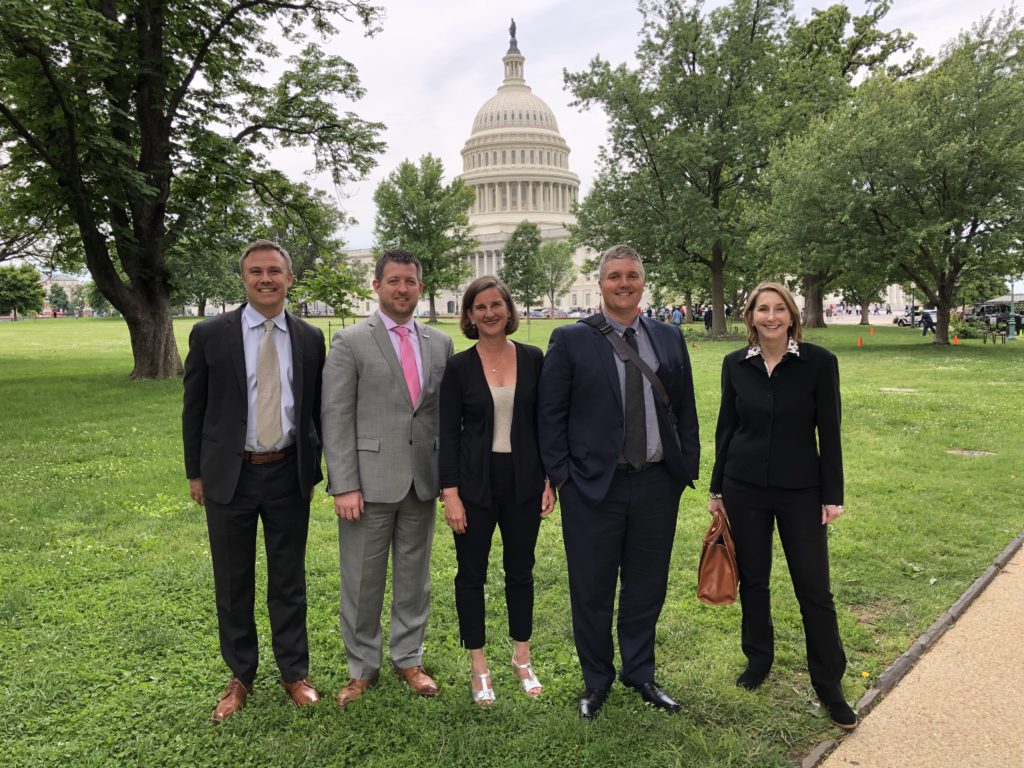 The Bend Chamber of Commerce CEO, Katy Brooks, joined a delegation from the City of Bend and Deschutes County last month to advocate for federal matching funds to help alleviate congestion on Highway 97 at Cooley Road. Mayor Sally Russell, Councilor Justin Livingston, City Manager Eric King and Chris Doty, Transportation Director for Deschutes County, met with Oregon’s congressional delegation and the US Department of Transportation (US DOT) to make the case for relieving congestion, improving the flow of freight and commerce, and improving safety at this busy intersection.

This area experiences delays and congestion about 45 percent of the time, causing commute headaches and a bottleneck for businesses and growth at the north end of town, including new industrial lands. The project includes a new overpass at Hwy. 97 and the railway line at Cooley Road, a new roundabout at the intersection of US 20 and Cooley Road, improvements to Hunnell Road and two roundabouts on Tumalo Road at Tumalo Place, and the Old Bend/Redmond Highway as well as improvements at Empire, Purcell and 27th Street. The city expects to hear from the US DOT by early fall.